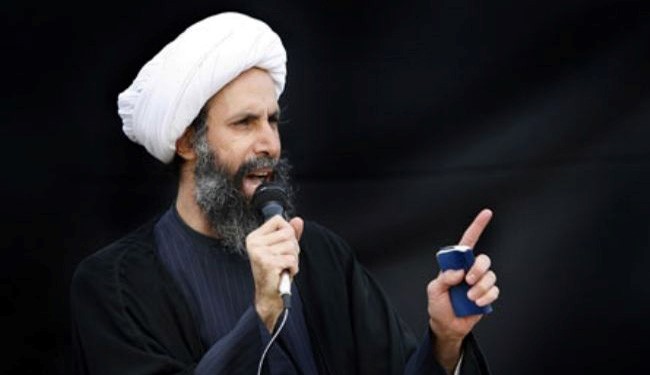 Shaykh Nimr Baqir al-Nimr – A man of non-violence meets a violent death at the hands of the Saudi regime.

It is with deep shock and profound sadness that the Shia Muslim Council of Southern California records the execution of Shaykh Nimr Baqir al-Nimr, on Saturday Jan 2, 2015 by the Kingdom of Saudi Arabia. The assassination of Sheikh Nimr is an signal of the fight for survival by the al-Saud family by crushing all dissent, including those defending the rights of Saudi Shia citizens.

Shaykh Nimr rose to international prominence in 2009, when Shia pilgrims at al-Baqi cemetery in Madina, clashed with Saudi security forces. As the clashes spread across the eastern Saudi Arabia, he delivered a fiery speech accusing the Saudi police of targeting the Shia community. Shaykh Nimr’s unwavering support of the movement in regions where the Shia have a majority, and yet feel marginalized, was seen as the powerful force behind the protests and an inspiration to Saudi’s Shia youth. Born in 1960 in al-Awamiyah in the Qatif , eastern Saudi Arabia, Shaykh Nimr had long been regarded as the most vocal Shia leader as well as a patriotic citizen advocating non violence, daring to publicly criticize the ruling family and call for free elections.

Shaykh Nimr is on record as having said that he was supporting “the roar of the word against authorities rather than weapons…the weapon of the word is stronger than bullets.” In his court submissions he called for peaceful protests. “I recommend for young people not to be dragged into confronting swords with swords with a regime that wants to lure people to violence to justify the repression of the protests. We are stronger with our words. We are willing to die.” said Shaykh Nimr.

Shaykh Nimr was attacked and arrested in July 2012, charged with undermining the Saudi Kingdom’s security, making anti-government speeches, and defending political prisoners. In October 2014, a Saudi court sentenced Shaykh Nimr to death, provoking severe condemnations and denunciations from all around the world.

It has been widely reported that Shaykh Nimr’s trial was extremely flawed and that he was denied the most basic means for his defense and was not represented by legal counsel for some of the proceedings. According to Amnesty International, the evidence for all the charges he was convicted of came from religious sermons and interviews attributed to the Shaykh Nimr. Amnesty International further stated that a review of these sermons corroborated that he was only exercising his right to free expression and was not inciting violence.

The Shia Muslim Council condemns the assassination of Shaykh Nimr and calls for international scrutiny of the Saudi authorities over the barbarity of this heinous act of silencing a human rights activist especially in view of the fact that Saudi Arabia holds the Chair of the UN Human Rights Council. The Shia Muslim Council calls on the International Criminal Court in The Hague, which is the court of last resort for prosecution of genocide, war crimes, and crimes against humanity, to look into the crime of executing Shaykh Nimr. This slaying is a mistake of monumental proportions and will further inflame grave sectarian tensions in the Middle East. The Shia Muslim Council calls upon the U.S. government to stop ignoring the gross human rights violations that are occurring in Saudi Arabia. The silence to date, by the US has been deafening. Failure by Washington in influencing the Saudi authorities to stop the execution of Sheikh Nimr is sending a very negative message to all freedom loving people of the world. It is intolerable for us, as U.S. citizens to accept the fact that peaceful voices are not only silenced but crucified as well.

As Americans we are shocked and aggrieved by the inhuman treatment of Shaykh Nimr for speaking out against the Saudi regime, being shot by its authorities, arrested and held without charges for over a year, and then to be tried unfairly, sentenced and executed. These methods go against the very core of American values of freedom of speech and human rights. We implore our Government and all those who are in a position of influence, to unequivocally condemn the killing of the civil rights activist and distinct scholar, Shaykh Nimr. Several media outlets have noted that the Saudi regime has beheaded more individuals in 2015 than Da’esh (aka ISIS); which begs the question of how can the world support such a regime.

We extend our heartfelt condolences to his family and to all freedom loving citizens of Saudi Arabia.