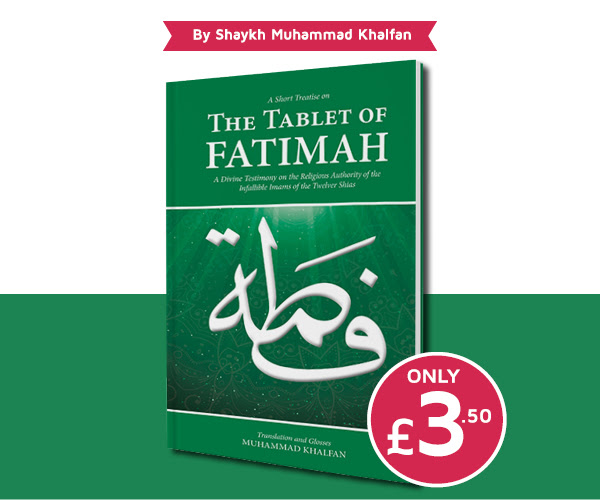 The Tablet is considered to be one of the masterpiece documents, narrated by great Shia authorities of tradition.

In the document, it mentions the names of the divinely chosen trustees of the religion and successors of the Holy Prophet (saw) and talks about the turbulent events that would unfold during their lifetime.

Translated from Arabic into English and annotated by Shaykh Muhammed Khalfan, the book transports the reader to the depths of some of the meanings in the document. It can be purchased at WF Store.