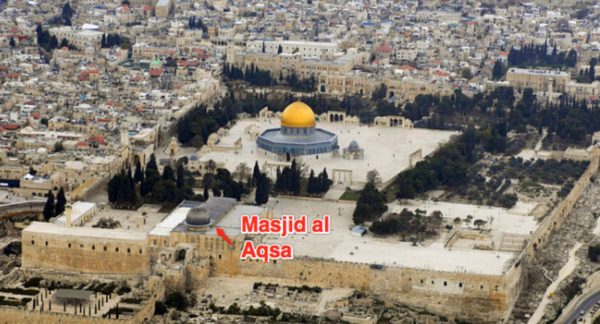 SMC strongly advocates against US decision to relocate the U.S. embassy to Jerusalem.
Jerusalem is a complex issue and central to the conflict between Israel and Palestine.  Israel maintains that Jerusalem as its undivided capital, while Palestine considers the eastern half of the city as its capital.

In 1947, when the United Nations helped create a homeland for the Jews, the idea was that Jerusalem would be designated as “international city”,  based on its’s significance to the three Abrahamic religions.  Subsequently in 1949, after the War, Israel was given the western half of Jerusalem and Jordan the eastern half, until the “The Six-Day War” in 1967 when Israel occupied all of Jerusalem.

Despite Israeli claims Jerusalem is the Capital of Israel, like the rest of the world, U.S. policy has been that the city’s status should be settled through negotiations between Israelis and Palestinians.  Therefore like most other countries, the United States has its embassy in Tel Aviv, with a consulate in Jerusalem.

Compounding the issue of the status of Jerusalem is that it is home to the key sacred sites for Jews, Christians and Muslims.  The sacred religious venues for all three Abrahamic faiths, are the Western Wall, the Church of the Holy Sepulcher, and the Masjide Aqsa* a site form where Prophet Muhammad (PBUH) ascended to heaven.  It is an irony of our times, that where Jerusalem could well be a uniting factor for the three Abrahamic faiths, it has become a major cause of conflict.

By way of this statement, Shia Muslim Council calls upon President Trump not to alter the long-standing US Policy on the status of Jerusalem that has been maintained by past administrations. The Shia Muslim Council strongly believes that any such action in recognizing Jerusalem as the undivided Capital of Israel, is unjust, and importune, as it will lead to greater conflict and further unrest.  It will benefit no one and jeopardize the future of the peace process. It will have grave repercussions because of strong adverse reaction from the Muslim world at large.

It must also be mentioned that besides Muslim countries, many non Muslim countries such as France, Germany and European Union have also expressed opposition to recognizing Jerusalem as the capital of Israel.

Whenever Masjid Al-Aqsa is mentioned the Dome of the Rock is shown.  The actual Masjid Aqsa is a different structure. As shown in this picture.