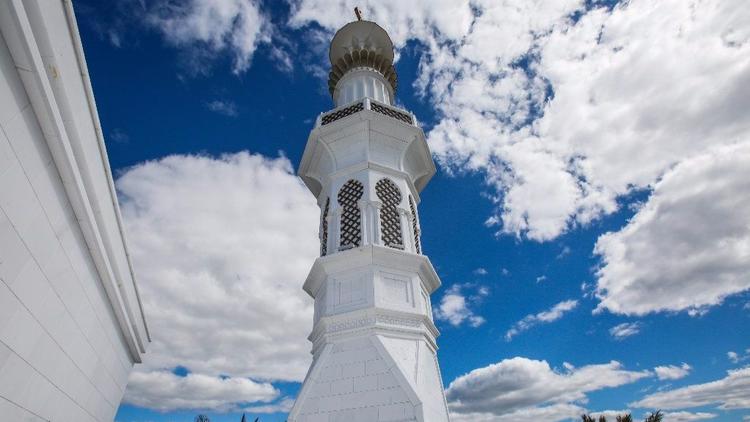 A 130-foot-tall minaret rises above former pastureland south of Sanford, beckoning the Muslim faithful to a new mosque that took seven years and millions of dollars to build.

Leaders at Masjid Al Hayy — the name means “ever-living mosque” in Arabic — say they hope the 43,000-square-foot building becomes a gathering place for Muslims throughout Central Florida. The new mosque, which replaces a worship center that was in a 5,000-square-foot former church nearby, is indicative of the growth of the area’s Muslim community….Read more

Congratulations to the Shia Community of Orlanda for such a huge achievement.