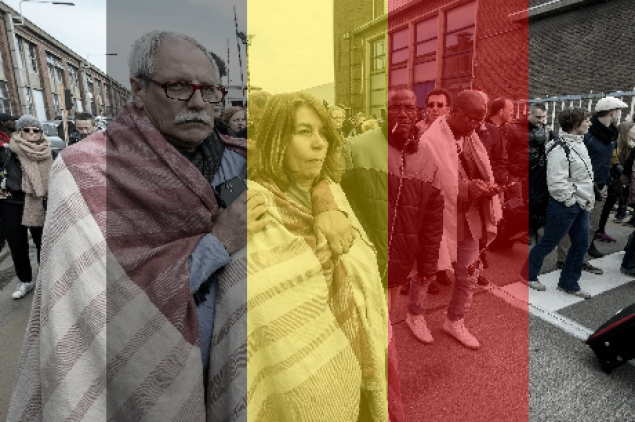 Our grief and distress at the killing of innocents in Brussels is heartrending. The horrible act s of those who planned and perpetrated the atrocities is beyond comprehension or words of consolation.  All of humanity suffers in the suffering of the people of Brussels. We too cry with the victims and with the bereaved families and loved ones. The Shia Muslim Council of Southern California unequivocally condemns the atrocities perpetrated with such wickedness. No religious tradition can ever condone such callous acts of violence.  We offer condolences to the family and loved ones of the victims.

The savagery of these extremists has brought terror to all, including Muslims, the world over.  This assemblage of evil men are branded as “Takfiris”, whose cowardly acts are a symptom of an ideology that began many decades ago,  with sanctioning violence against Shia Muslims and subsequently other groups, who were deemed by them to have deviated from Islam.   Today this  menace has engulfed entire humanity.

It is the height absurdity that this  faction calling themselves ‘Islamic State’ is claiming responsibility for this heinous attack. There is nothing Islamic about such people and their actions are evil, and outside the boundaries set by Islam. This path of violence and hate does in no way represents the message of love and mercy by Prophet Muhammad (PBUH). Using God’s name to justify this path is desecration of the universal principles of compassion and justice.

The Shia Muslim Council’s position has been unswerving that these barbaric acts of ISIS have no sanction in the religion of Islam, which forbids terrorism and the targeting of innocent people. We call upon the authorities in Belgium and elsewhere in the World, to bring the perpetrators to justice. In solidarity with people of all faiths, and with all human beings, we must and will find a way to defeat the satanic curse of terrorism.  We reiterate that we have the weapons of faith and hope, to overcome their hate with the power of God’s love.