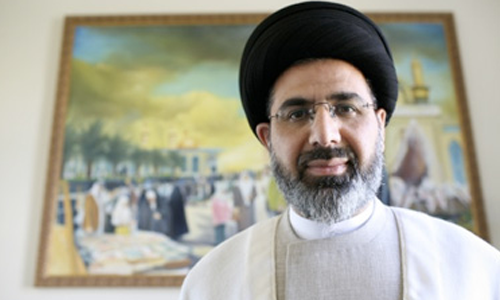 Imam Sayed Moustafa al-Qazwini is a religious educator, charismatic preacher, leader and author. Born in the city of Karbala, Iraq, he traces his lineage forty-two generations back to the holy Prophet Muhammad (peace be upon him).He initiated his higher religious studies in Qum, Iran where he was awarded with a B.A. and M.A. in Islamic Studies in 1985 and is currently working on his PhD. He is the founder and imam of the Islamic Educational Center of Orange County (IECOC), and past associations include: being chairman of the Development and World Events Committee of the Islamic Shura Council of Southern California (an umbrella organization for sixty-four mosques and Islamic centers); board member of the council of Shia Muslim scholars of North America; co-chairperson of the West Coast Dialogue of Muslims and Catholics; and advisor for the United Muslim American Association.