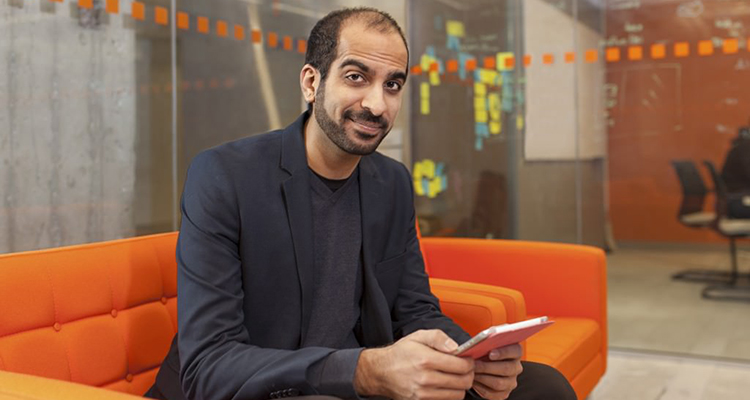 Ali Asaria: The Tech CEO Who Gave Away His Money

The Messenger of Allah (SWA) has said:

The earth on the Day of Resurrection will be scorching, except for the shadow of a believer, for verily his charity will serve him as shade. (Kanzul Ummal: Volume 11, Page 616)

Ali Asaria is challenging the status quo on executive compensation. He may even be challenging what it means to be a tech executive. He’s doing so with his wallet.

Late last November, Asaria, CEO and founder of Tulip Retail, announced at the company’s Christmas party that he is going to donate, through a binding pledge, 80 per cent of his shares in his firm to a charitable trust that would be controlled by the employees.

In other words, if Tulip Retail were to be sold, or if it conducted a public share offering, 80 per cent of the proceeds would go to the trust, and ultimately to charity, and not to him.

And the reason, the bottom-line why, is because Ali Asaria wants his company to be about more than the pursuit of profit.

“We live in a world – and this is the coffee-table conversation we have at Tulip a lot – where one of the biggest problems in the world is income [disparity],” Asaria explained in a recent phone conversation with Communitech News.

“The most likely outcome, if the startup does really well, is the founder will become very wealthy, alongside the investors.

“I think the people [at Tulip] – socially conscious next-generation staff – they start to question some of that.”

Tulip makes a mobile platform for retail store associates, one aimed at enhancing both their knowledge and the store experience for shoppers. Customers include high-end retailers like Saks Fifth Avenue and Coach, as well as Indigo, Toys ‘R’ Us and Lululemon, among others.

It raised US$40 million in a Series B round last August.

Asaria says the idea for making the pledge was sketched out by the team of 15-or-so engineers who started the company with him.

“The subtext of what we’re trying to do is to say: Can we still build a great company that really changes the technical space, without having to contribute to that deep problem that startups contribute to right now, which is increasing the inequality in the world.”

The charitable trust that will control the money is called The Tulip Foundation. The binding pledge of Asaria’s shares was made through an organization called The Founders Pledge. Normally, The Founders Pledge is a vehicle used by company founders to directly support charitable giving that they themselves control. To his knowledge, Asaria says this is the first time that a tech company has made its largest non-venture-capital beneficiary a charitable trust controlled by employees.

“The idea behind the Tulip Foundation is that Tulip’s potential financial success will result in a charity that has the potential to be a positive force of good in the world,” he said.

So, what kind of charities could potentially benefit? That’s yet to be determined.

“A lot of folks are working with Founders Pledge, [which is] helping the staff understand all the different ways they could dispense these funds and what would create the maximum amount of good. This is going to be a big journey for the staff, to learn all the options. It’s a big responsibility.”

Asaria additionally hopes that the share pledge, and the philanthropy it generates, will help attract people to his company who are looking for more meaning to their workday than a paycheque.

“We’re really passionate about using this as a story of why you should join Tulip,” said Asaria.

“I think it will be interesting for us to be able to tell new candidates, ‘Hey you can go and work for a traditional startup and make the founder very wealthy. Or you can work at Tulip, and we can jointly try to build a multibillion-dollar charity that could transform the world, and we’ll all have a piece in that.

“I think that means a lot, especially to a next-generation worker who is looking for more in their job than salary and perks.”

Asaria’s decision, and its spirit, are very much aligned with True North Waterloo, the conference being hosted by Communitech May 29-31 that’s designed to induce leaders to reaffirm tech as a positive force in the wake of a long string of problems at tech companies large and small. When the link to True North was suggested to him, he didn’t disagree:

“It’s like being activists,” said Asaria. “Not just doing things to solve the problem, but also to start questioning the underlying economics of the systemic problems in our world.

“So, when we’re talking about all these issues that connect to diversity and gender equality and inequality from a financial perspective, I think it’s easy for startups to kind of say things verbally but it’s harder to actually truly question the economic model behind what they’re doing.”

“The foundation is built on the belief that there is a better way to distribute wealth than by giving massive control to a few successful business people.”