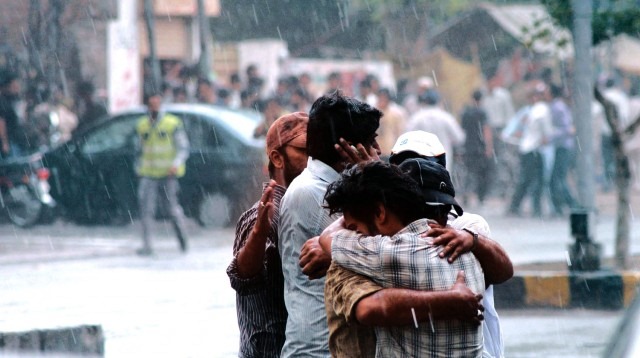 Eradicate Terrorism by Reasserting the Values of Compassion and Justice

As Christians around the globe attended church with their families to celebrate the blessed time of Easter, tragedy struck the people of Lahore, many of them Christians. Terrorists from a Pakistani Taliban group shattered their Easter Sunday festivities in a park in Lahore, with a suicide blast that killed at least 69 people, many of them women and children. This attack, chillingly executed on a day when Christians celebrate an epochal event in their Calendar, had the sole aim of killing and injuring innocent human beings. Our hearts go out to the loved ones of the victims who have to suffer this tragedy. In this time of national grief for the people of Pakistan, good people of all faiths must come together to do all they can to assist the survivors of the tragedy, as well as for the families of the innocent men and women who lost their lives

The Shia Muslim Council of Southern California unequivocally condemns this atrocity committed with such wickedness.

Terrorism is a curse of our times that distresses the hearts of all upstanding human beings who inhabit our world. The cruelty of these assassins, has yet again, brought terror and trepidation to all, including Muslims, the world over. The Lahore attack follows a bomb attack during a soccer match in Baghdad. Last Friday a suicide bomber killed at least 29 people and wounded 60 others at a soccer stadium south of Baghdad. Before that, last week , Brussels came under attack with the bombings at the airport terminal and a busy subway station killing over 30 people. The litany of killing goes on in the recent past with innocent lives being targeted in Ivory Coast, Turkey and elsewhere. Their ideology of killing and maiming has its roots in the concept of “Takfir ”, that began with sanctioning violence against those they considered non-believers. The very first victims of these takfiris were Shia Muslims, and this has now engulfed all humanity. When human civilization adopts praiseworthy traits in their conduct such as truthfulness, honesty, consciousness, benevolence, and sense of justice it benefits all. Similarly, humans descend to their worst when greed, injustice, self-interest, and intolerance become the misguiding principles.

What is needed today is the reassertion of the values of compassion and justice, This reassertion, beyond all human biases and divisions, emphasizes th­­­­­at unity and safety of mankind is the very heart of the Islamic message as much as all other great faiths. Imam Al-Sadiq, (AS) the 6th Imam of the Shia said, “Jesus the son of Mary, peace be with them, said to some of his companions, ‘That which is not loved by you for someone to do to you, do not do that to others……..’ ” This advice becomes all the more poignant during the Easter season.

By way of this statement, the Shia Muslim Council of Southern California calls for the the government of Pakistan for swift apprehension and punishment of the perpetrators and to rid the evil of terrorism.